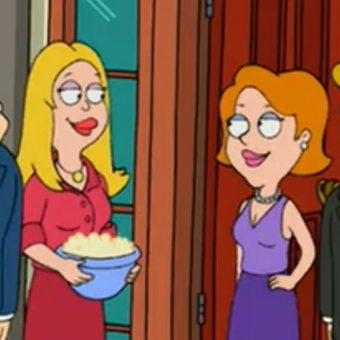 As soon as she stopped spasming the boys pulled themselves out and Tom laid on the bed with his legs off the edge. His buddy maneuvered the tiny woman into a reverse cowgirl position and grabbed Tom’s cock to slide it inside once she was settled and in position.

They had definitely done this before!

The look on Christie’s face showed that she was eager to keep fucking whoever wanted to be inside of her, she didn’t care at this point. I know that feeling well. However, when Tom’s friend positioned Tom’s cock to her tiny little butthole she seemed less sure.

The boys didn’t let her fear slow them down one bit, they were here to use her like a piece of meat.

They practically rammed tom’s cock into her ass on the first try. Luckily for her his cock was wet with her slobber and a river of her pussy juice had already slid down to lube her up a bit. She winced in pain but soon had a good rhythm of bouncing on Tom’s cock.

Then Mr. Meat stood up and lifted up her legs. She fell backward onto Tom, his cock still buried deep in her ass. If her eyes were wide at the thought of getting ass-fucked they were about to fly out of her head as she realized she was about to be double fucked.

God, I was so jealous! If I wasn’t doing this to help Stan I would have pushed that inexperienced little bitch out of the way and shown her how to take two at the same time like a real woman!

Mr. Meat just slammed his massive cock balls deep into her without any hesitation. They held her there, impaled on both cocks. Her back arched and she started to quiver.

Over and over and over again they slammed it home. Christie started to lose her mind, she thrashed and screamed through an uncontrollable torrent of orgasms.

That’s what happens sometimes when a couple of experienced studs turn you into a fuckdoll! You just lose it. You don’t know anything but pleasure as your body is rammed full of cock. God, I miss that!

For the first time I felt lucky that it wasn’t me, someone had to do something about the noise she was making. So I pulled my fist out of cunt, jumped up onto the bed, and crouched over her facing Mr. Meat. Tom obviously knew what I was doing because as soon as I came down on her face he pushed her head into my sopping wet box and held it there. Apparently, she didn’t mind because she immediately started to eagerly lick my pussy as the boys continued to vigorously double team her tiny frame.

She ate me out like a madwoman. I don’t think I have ever been licked so vigorously and so thoroughly in my entire life! Tom grabbed the hairbrush I had left inside my ass and was vigorously ass fucking me with it.

I leaned forward so Tom had a better angle, grabbed Mr. Meat, and kissed him deeply. I loved tasting the little bitch on him and honestly, Kissing really gets me going.

The boys took their time too. I didn’t know how much I would be able to take of Christie’s frantic munching. My legs were quaking and if I was having a hard time I just knew that Christie must be on the verge of passing out.

After an eternity of pleasure, they both released their loads into her eager little body.

I left the hairbrush for her on the vanity, fuck her. I was still upset that I gave her something I really REALLY wanted.