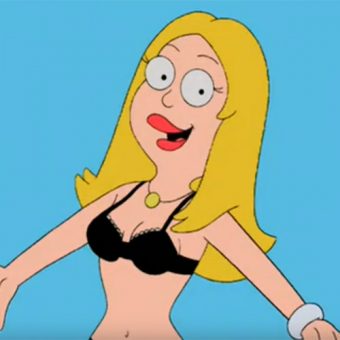 About 14 minutes to read.

Continued from – Fran of Arabia Part 1

But as usual, that dream only lasted until I got home where Stan was ready to smash my fantasies. He decided that he would go native too, and for men, that means having a second wife and not listening to a damn thing I said about anything because I’m a woman!!!

I might have lived with the built-in girlfriend thing but she was a raging cunt and Stan pit us against each other right from the beginning! Stan had even made her number one because she was more obedient.

I was ready to return to the good old U.S of A. at this point. So when Stan left for work the next day I called Deputy Director Bullock at the CIA to try to get Stan his job back only to have him tell me that he already offered Stan his job and that Stan had refused it and that he had renounced our citizenship!!!

I was beyond mad. I stormed out of the house, to hell with the male escort bullshit, and tracked Stan into the marketplace. I had my own little song and dance number ready for him when I got there.

It felt great to strip off my robes and sing about how shitty things are in Saudi Arabia for women. I even kissed a dozen or so men on the street just to prove a point.

Unfortunately, that’s when I learned another thing to hate about Saudi Arabia… you apparently can’t dance around singing, especially in your underwear and definitely not if you are a woman.

They threw me in jail! And their punishments for being labeled a harlot are very strange.

While awaiting trial, which could end in my fucking death by stoning BTW, women who are accused, ACCUSED, of being a harlot have to serve in a haram until their trial.

But no one told me a thing.