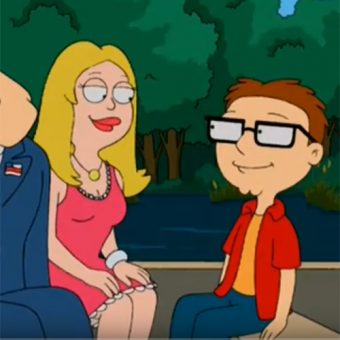 Mrs. let out a small whimper and gave my head a rough shake. Evidently, I had been so lost with the amazing ass work that I had forgotten all about her! So I renewed my efforts, matching my assault on her clit with Mr.’s tongue work on my ass. I didn’t want her to think some man had a better oral game than me! He would speed up his tongue and hear her moan with delight. He picked up on things pretty quickly and we played this game of ebb and flow for many minutes. She had just started tensing up in pre-orgasm when Mr. abruptly pulled his tongue out of my ass and stood up. I made sure to hold her there, just on the edge as I waited for Mr. to plunge his cock into me.

But it didn’t happen.

“Alright, Lynn. Take your time. You know where I want her when you’re done.”

I wanted something inside of me so badly that Don had barely finished speaking before I had her gushing once more all over my face. Her whole body arched and writhed as the delayed orgasm crashed over her like a tsunami hitting a small island. When she finally stopped shaking and her arms and legs hung limp at her sides I pulled myself off the floor and turned towards Don ready to pounce.

Don had sat back down on the edge of the small chair and was slathering up gobs of lube on his wonderfully long cock.

“Oh, that’s not where he wants it dear,” Lynn had somehow pulled herself together, jumped up behind me, and had her hands on my shoulders.

Again, I was distracted…

Anyway, She spun me around, gave me a quick wink, and started walking me backward towards Don’s eager hands. He grabbed my butt cheeks, holding me up while Lynn spread my legs apart.

In one motion they guided my ass right over his cock and he lowered me down. His bulbous cockhead pushed against my asshole for just a second before it popped inside and down I went. The feeling of his huge head sliding inside of me send tingles up my spine. I didn’t stop sliding down his shaft until I was sitting fully on his lap, all nine inches buried inside my fanny.

God, I swear I could feel him in my tummy!

Lynn turned and practically skipped out of the room, but before I could make a peep of a question Don lifted me up until his head just barely popped out of my ass and then he let gravity slam me back down on his lap, balls deep, only to lift me right back up. He was stronger than he looked too, because I didn’t use my legs to help at all. Up and down I went, over and over. I got more and more light-headed as I enjoyed the ride. Lynn could have been gone for five minutes or five hours… I couldn’t be sure because he never stopped or slowed down.

Without conscious thought, my hand had drifted between my legs. I furiously fucked myself with a pair of fingers while my other hand worked my clit. Just as I was about to reach orgasm, as if on cue, Lynn rounded the corner wearing a giant black strap-on.

That snapped me back to reality!

I mean it was gigantic. At first, I thought she might have strapped a cola bottle to herself, but then I could see the head, and the molded veins.

“Don never lets me use this one but I think It’s perfect for tonight!” Lynn was practically giddy as she bounced towards us.